On his third solo album, Marin singer-songwriter Doug Adamz fingerpicks the National Steel guitar to give his clever, insightful commentary on the 2008 economic meltdown an authentic old-timey sound and spirit.  In the tradition of Woody and Arlo Guthrie, Adamz, a multi-instrumentalist who has been a popular entertainer on the Marin scene for decades, is never heavy-handed in his folksy, often-humorous original songs dealing with the plight of the Everyman during the hardest times since the Great Depression.

On "High Roller," he joins voices with his friend, roots music icon Peter Rowan, singing, "I used to a be a high roller/Now I'm just a low baller/I used to tip $100/Now I'm just a hog caller."  Adamz duets with Rowan again on "Stranger on the Street," a loping ballad about an alienated drifter who's "just another soul you don't want to meet."  On the story song "Rock Bottom," Adamz picks an uptempo blues, singing in a jokey voice about a forlorn boy who loses the blues and finds love and happiness with carnival dancer named Kamikaze Kitty.

"National Steel" is bursting with quirky characters — a Wolf Man, a diesel driver named Cecil, the oddball lovers Cholly and Molly, among other eccentrics and misfits. He intersperses the 17 tracks with show-stopping instrumentals, displaying his considerable harmonica chops on "Mr. Huffin Puffer" and his fingerpicking prowess on "Can't Complain Coda," which ends this highly entertaining album. 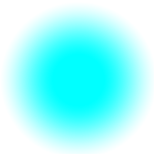 I like Doug's music and I do regularly play it on my shows.

A stunning talent! The cd’s are divine!

Doug is a Genius!!

.....your project was literally a breath of fresh air.

Beautiful!  Every track is great listening!

Thanks for sending (Guitar Solos).

He is an excellent guitarist...a terrific guitarist!

Adamz is one of the most versatile musicians I know.

One of the very best the Bay Area has to offer.

...this week goes to none other than Doug Adamz for his great tale of treasure hunting with "The Authentic Skulls of Pancho Villa" from "Bernardo's Serenade" - not only fitting for Halloween, this tune is ripe with "Antiques Roadshow" potential.  When you hear one of the vendors try to explain why there are TWO Pancho Villa skulls, your sides will split!  Beautiful guitar work and a great story.

Adamz'  guitar music is very delightfully superb, lively, yet relaxing, and enjoyable for any occasion! And an added bonus,.. recording production is exceptional!

It was indeed a remarkable show. Going in, we knew that Doug was a great musician. But we had no idea he was such a phenomenal entertainer. No doubt our own House Concert audience would fully enjoy him as well. We knew that yesterday's performance would be filled with beautiful guitar music, but we were totally unprepared for the entertainment package that came with it. Simply put, his performance was one of those "I can't believe it is over already" experiences that come along but rarely in our lives.

Doug is one of those rare artists who is both a great musician and a superb performer. And that's about as good as it gets. It was pure magic!

(Bernardo’s Serenade) has a very good sound, and his warm and expressive voice really catches the listener.

This is a brilliant album! (Bernardo’s Serenade)

Sometimes you can tell a book by it's cover, 'cause BERNARDO’S SERENADE looks great and sounds even better.  Some mighty fine musicianship surrounding some very strong song writing     BARRY MARRIS

I heard Doug Adamz play live for the first time at the “Acoustic Vortex”.  Doug is an multi-talented incredible musician, who also happens to be very funny and exudes a warmth about him while on stage.  Doug managed to get the entire audience involved in his performance and had everyone in stitches.  We left that evening commenting what a great performance we just were part of.

I had heard great things about him & wanted to find out for myself if the hype was true. And YEP IT WAS TRUE! Every word of it. He is versatile - he is entertaining - he is super talented - a great musician & a story-teller too.

My younger daughter listened to The Authentic Skulls of Pancho Villa 20 times in the last three days!  JANA JONES

I was absolutely BLOWN AWAY by the album, Bernardo’s Serenade!   LINDA MANELLA

Your instrumental CD (GUITAR SOLOS) is AWESOME.  I was blown away the first time I heard it.....even more so after the 2nd listen...WOW.  Just so you know....we think we're music snobs....ergo, it takes a lot to impress us, anymore.  I am very impressed 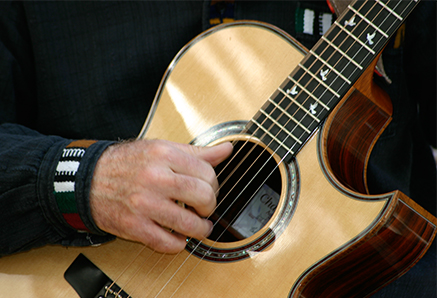 THAT HAVE PLAYED DOUG ADAMZ CDS~~~

First, a very special thanks to radio station KTEP for decades of support on Gregg Carthy and Dan Alloway’s show Folk Fury and to Monica Gomez for her show State of the Arts.

Doug’s guitar piece, TRUCKEE WINTER was the theme song for State of the Arts, KTEP, for the entire run of that fine show.  Thank you Monica Gomez!

WHUS--Storrs, Conneticut The Dark Side of the Highway, Johnny Timewarp