Through e-mail, Adamz shared his thoughts with the El Paso Times:

# Why was it important to return to El Paso for this performance?

Though I've lived in California for over 30 years, I've never lost touch

with my Southwestern roots. I'm still very close to my old friends in El Paso and, through my frequent trips home, I've made many new friends. It was especially touching when I was asked to play at the UTEP Dinner Theatre because I performed in that venue several times when I was a student at UTEP.

# How did you select the local performers who will share the stage with you?

Mónica Gómez and I both played at a coffeehouse called The Cellar, located in the basement of an El Paso church, when we were in high school. I loved her singing and playing back then, and she's just gotten better through the years.

I first met Gene Keller when we played at a bar called La Cantina in the late 1960s. We've been good friends since then. He's a great songwriter and a fabulous poet. I produced his album "Every Song the Mockingbird Knows."

I've known Mario Otero since our days at UTEP. We both studied classical guitar and played in rock bands. He's such a fantastic musician, I'm thrilled to be playing together with him in January. It will be our first real performance together.

Darrell Adams, my brother and another fantastic musician, was the first bass player I ever worked with. We had some great bands back when we both lived in El Paso, and I'm very happy to reunite with him for this show. 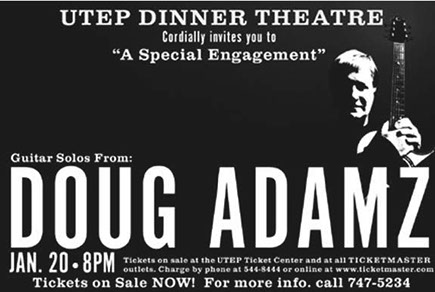 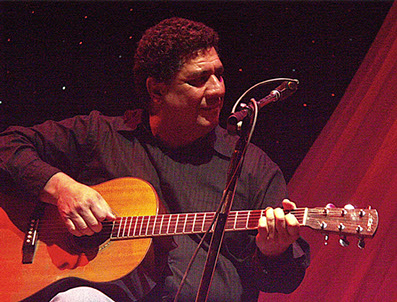 Hal Marcus is a longtime friend who plays Arabic percussion. We'll do a couple of songs from my "Light Rain" (World Beat) repertoire.

# What will the show be like, for those not familiar with your music or performance style?

What I hope to present on Jan. 20 will be reminiscent of the coffeehouse, folk-music scene of the '60s -- that is, excellent acoustic music in an intimate atmosphere. I'll be presenting some of the solo guitar compositions from my new CD, but will also sing some songs and play the fiddle. My guests will be singing and playing guitar and some light percussion. Perhaps Gene will share one of his poems with us. 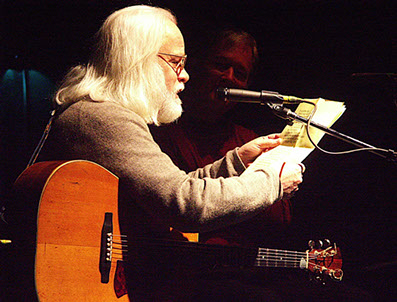