Doug Adamz    is a dazzling guitar player, a soulful singer, and an outrageous harmonica player.  Add the insightful poetry of his lyrics and his terrific sense of humor, Doug puts on a show you’ll never forget.  Some of his songs are engaging stories, some are reflective and philosophical, sometimes he just gets down with the blues.

Adamz has three solo albums; “National Steel” taps right into the tap root of American music with 17 original songs performed on a National Steel Body guitar, except for one harmonica barn-burner.  The CD is solo except for two duets with Peter Rowan. “Bernardo’s Serenade” is a collection of very original songs including “The Authentic Skulls of Pancho Villa”. “Guitar Solos” is a unique and beautiful instrumental album of works composed by Doug for solo acoustic guitar.  His music has also been performed by The Joffrey Ballet and The Kronos Quartet and used in major motion picture and television soundtracks.

After an extended tour in northern California (44 years - the last stretch of which was spent in the town of Marshall, on Tomales Bay) Doug has returned to to his homeland in the Rio Grande Valley and now resides in Las Cruces, New Mexico. 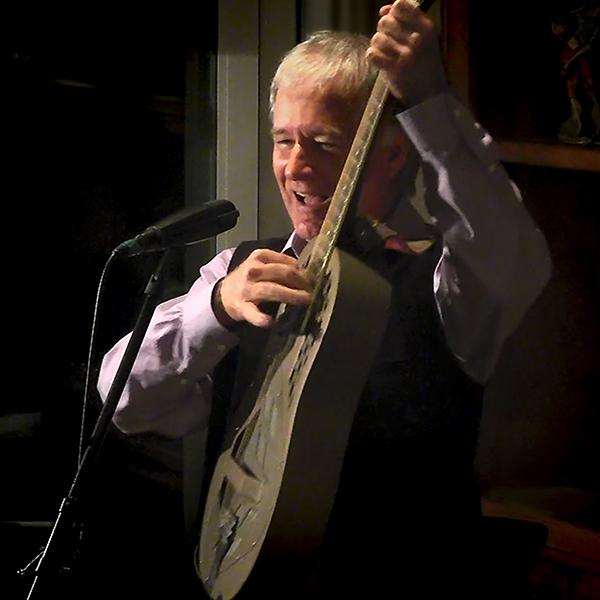 Doug Adamz has recorded five albums of original, instrumental music and three albums of his songs.  His compositions have been used by The Joffrey and other ballet companies (Santa Fe/Aspen, Oklahoma City, San Francisco), featured in a film by Robert Altman (The Company), heard in a PBS documentary soundtrack (Jim Thorpe, World's Greatest Athlete) and in two Spanish television series (La Frontera Herida, Sahel).  The Kronos Quartet commissioned Doug to write several short pieces and Stevie Coyle (The Waybacks) and Dr. Elmo (Grandma--Reindeer) have recorded and released some of Doug’s songs on their albums.  He’s performed with Ramblin’ Jack Elliott, Joan Baez, and many finger-style illuminaries like Stevie Coyle and Doug Young, played (informally) with Maria Muldaur, and Jim Messina, recorded with Peter Rowan and Huey Lewis and opened for many stars including Ricky Skaggs, Jerry Lee Lewis, Jesse Colin Young, Leo Kotke, David Lindley, Dottie West, The Chambers Brothers, Steppenwolf, Johnny Rivers and Johnny Lee.  His 1973 degree in music is from  the University of Texas at El Paso, with a major in guitar.